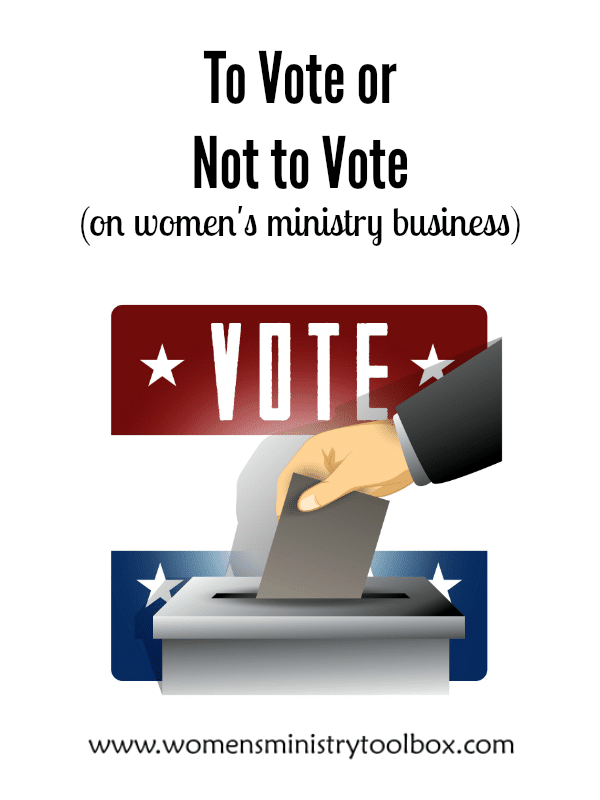 How do you strike the balance of making sure every team member has a say and empowering your team members to make decisions?

I’ve sat on a team where there were no clear roles or responsibilities.

Every decision was open for debate because it was everyone’s responsibility.

Our meetings were often filled with tension as pro’s and con’s were weighed.

Since everyone was in charge, everyone had a say. Some of our discussions were very lengthy…

Rather than function as a team with each member working to do their part well – the hand, foot, eye, the ear – we were all acting as if we were the whole body.

It wasn’t a good or healthy situation.

It created division rather than unity.

And it required voting on every little thing.

Assuming your team has defined roles and responsibilities, how do you decide what items necessitate a vote and which items can be handled by those in charge of the task/event?

Does this clearly fall within our team and church mission statement? Does it align with God’s Word? What exactly is the purpose? Sometimes we jump on board because it sounds like a good idea. For example: Advertising June’s Tupperware party would not fall within the church or team’s mission statement. Advertising a Christian speaker coming to a local church encourages your women to grow in their faith would fall within the team’s purpose and it aligns with God’s Word.

If it’s a big expense, the whole team should weigh in. That should be done as you create your budget, but we know that sometimes God moves after our budget has been submitted. Or perhaps, we weren’t listening before we put our budget on paper. If a team is working within its specific budget, than a vote should not be needed. For example, the decorating team may decide to invest in glass vases knowing they’ll have to work with smaller budgets for the remaining events.

Is this something that will include a large number of our women? Is it going to impact a large number of women in your church and community? Generally speaking, you’ll make that decision as a group when you plan your yearly calendar of events and activities. That being said, not everything you do should be based on immediate reach. Often your team will make an investment in a small group knowing it will multiply in the future. For example,  you may spend time and money to train your Bible study leaders – a small number but with a big return on investment.

Having sat on a team where votes were used more as a weapon to override ideas, it’s important to establish some voting ground rules with your women’s ministry team. It is worth it! 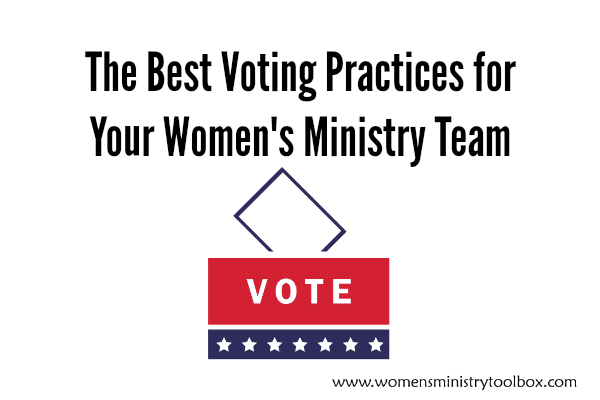 It’s always better to vote than to have a team member question a decision that was made without a vote.

We may not be able to achieve 100% agreement within our teams, but we must strive to handle our decisions openly, honestly, and in the most Christ-like manner than we can.

Does your team vote on agenda items? How has it worked well (or not so well) for your team?

One year ago: What it’s Like to Give a Child a Shoebox
Two years ago: 13 Ways to Publicize Events Inside Your Church
Three years ago: Women’s Ministry Door Prize Idea