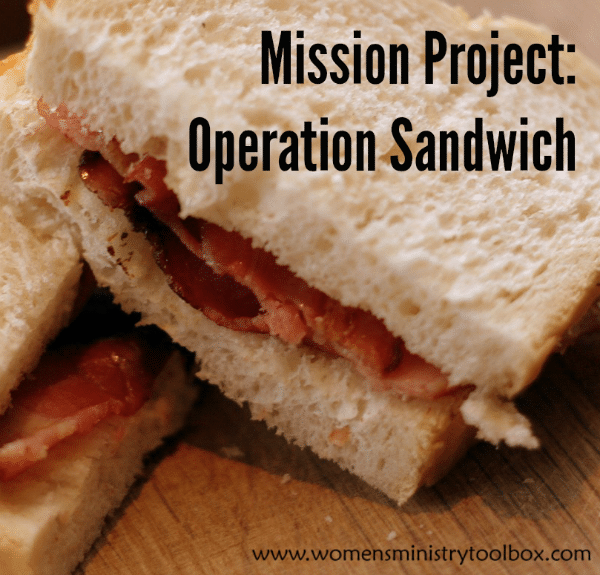 Operation Sandwich has become an annual project for the Women’s Ministry at the church we’ve recently started attending. Having never attempted to make 800 sandwiches in an evening, I was really looking forward to participating.

The Urban Ministry Center in Charlotte distributes around 800 sandwiches every day to the homeless in Charlotte.

Churches and other groups reserve a date to make and donate those sandwiches.

They ask for 800 sandwiches. Meat (with cheese, if desired), egg salad, and peanut butter and jelly.

The Women’s Ministry Team believes in letting God dictate the final number. This year it was 1132. He knows better than we do!

How we did it: 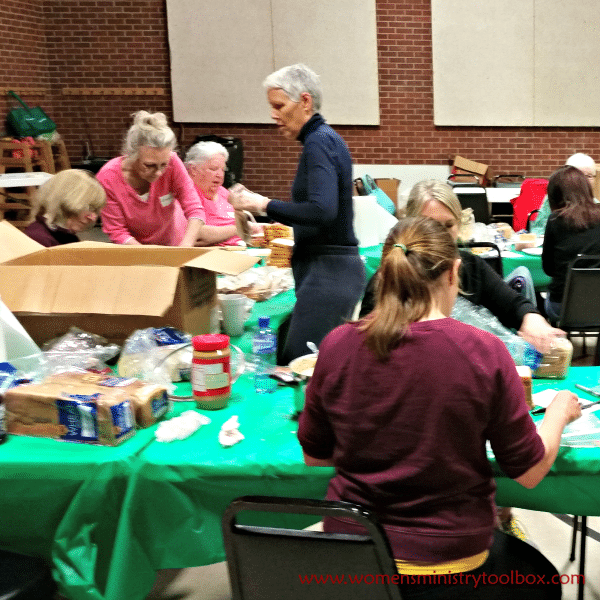 It was similar to the Operation Christmas Child Processing Center.

Our Women’s Ministry Team Leader shared the history of the event briefly with the women. It’s a really neat God story. You’ll have to come help next year – maybe they’ll share it again. *wink 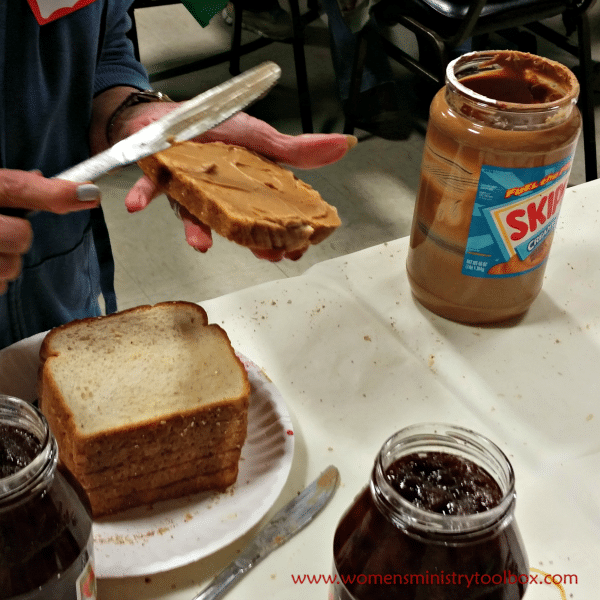 Other details to note:

It was a very fellowship-friendly event. We had a great time visiting as we made the sandwiches.

Some of your women may get a little competitive with the other stations. I’ll let you guess whether or not I did! LOL

The event was planned for 1 ½ hours, but took a little closer to 2.

This was a very non-threatening event – great for bringing visitors to. And great for all ages! We invited our High School and Middle School girls to join us and several did.

You may have a ministry in your community that does something similar.

Or you may decide to make sandwiches and pass them out to the homeless in your town.

Your turn to share: Have you done something similar? If not, do you think this is a mission project your women would like to tackle?

Be sure to check out these other mission project ideas: