*Update: I have since written a post with ideas on how you can use the War Room movie in your women’s ministry and/or as a launch for a prayer focus at your church. You may want to read that post too – War Room, Prayer, and the New Year.

Shortly after we moved to the Charlotte area I heard they had just wrapped up shooting for the newest Kendrick Brothers movie (at that point untitled) right here in our community.

I absolutely would have gone to the casting call had I known. I could have cried! 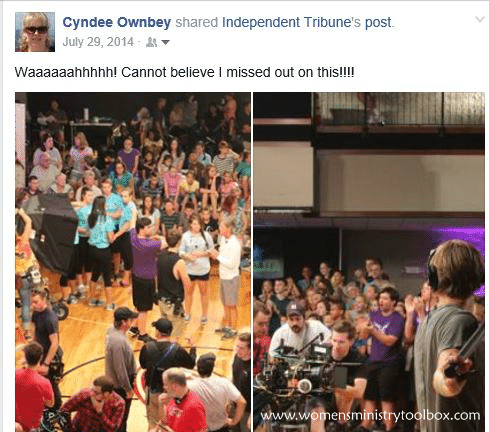 So when our local Chick-Fil-A offered up some free tickets to see the War Room movie I may (or may not have) squealed!

I saw the post 3 hours after it was shared and figured all of the tickets had already been spoken for, but I went ahead and sent a message anyway. As luck (not really, it was a God thing) would have it, we were given 4 tickets for our family to see the movie opening weekend.

We had no idea that our showing would include a Q&A with one of the directors, Gary Wheeler, or that several folks who had bit parts in the movie would be there.

We also didn’t know that the owner of the Chick-Fil-A, Roland Mitchell, was in the movie (he’s a solider in the opening scene) and that they had used his house for the movie! 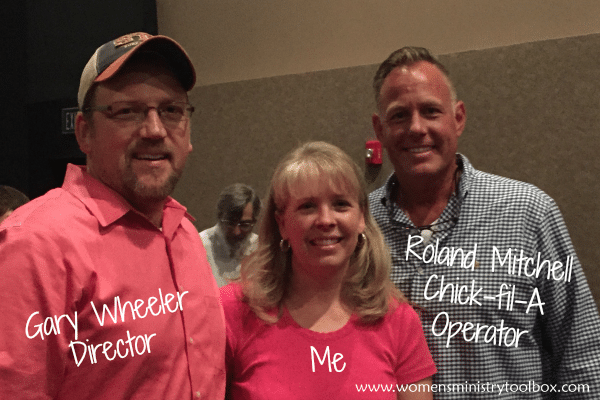 I admit I was a bit star-struck!

Ya’all the movie is powerful!! You will laugh out loud – repeatedly. You will fight back the tears (or in my case, let them roll). You will leave fired up and ready to fight on your knees in prayer!

If you haven’t heard about the War Room movie here’s the movie trailer and the synopsis.

Tony and Elizabeth Jordan have it all—great jobs, a beautiful daughter, and their dream house. But appearances can be deceiving. Tony and Elizabeth Jordan’s world is actually crumbling under the strain of a failing marriage. While Tony basks in his professional success and flirts with temptation, Elizabeth resigns herself to increasing bitterness. But their lives take an unexpected turn when Elizabeth meets her newest client, Miss Clara, and is challenged to establish a “war room” and a battle plan of prayer for her family. As Elizabeth tries to fight for her family, Tony’s hidden struggles come to light. Tony must decide if he will make amends to his family and prove Miss Clara’s wisdom that victories don’t come by accident.

So, why I am telling you all of this? 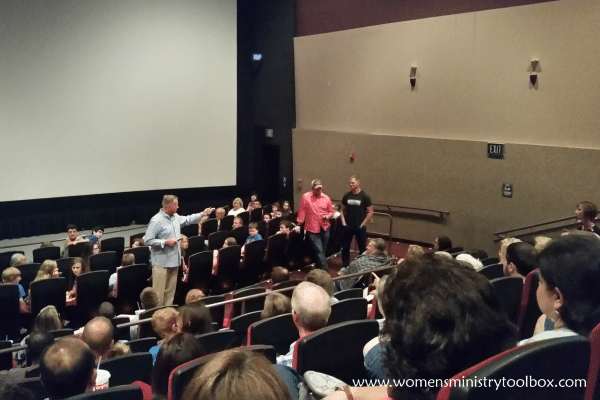 Here are some of the neat things I learned during our Q & A:

As God would have it, I also received a whole packet of War Room related books in my mailbox maybe two months ago. I think I requested one of them through a publishing company that sends me books to review and share with you all, but I know I didn’t ask for all of them. It doesn’t really matter… I just want to share these great resources with you! 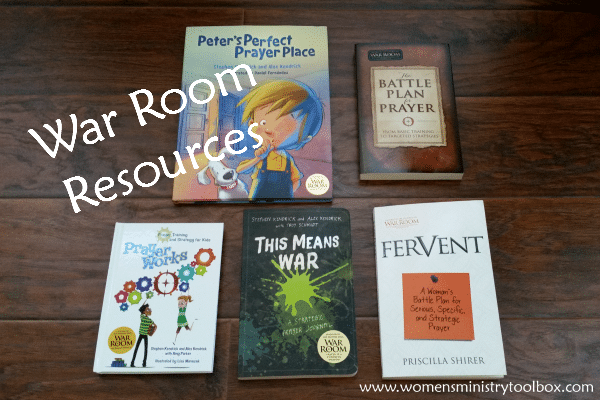 I haven’t had time to read through all of them from cover to cover, but I’ve been very impressed with what I’ve read so far!

Peter’s Perfect Prayer Place is adorable and it has a prayer poster with stickers in the back. Prayer Works is geared toward elementary students and This Mean’s War is for tweens/teens. Powerful stuff in each one! Any of them would make a great Christmas/birthday gift for your children/grandchildren.

My yellow highlighter has been working overtime as I’ve started working through Fervent. I’m helping with a Prayer Workshop for our women’s ministry in January and I know I’ll be using several of these books as resources. (You can check out the Prayer Warrior Boot Camp for Groups here.)

These are resources you will want to:

I’ve included affiliate links below for the books I was sent.

Please note, while I was given the movie tickets and the books, I was not paid to write this post. These opinions are 100% my own.

You may also want to read:
How to Start a Prayer Group
Prayer Group Guide (Free Printable)
My Favorite Prayer Cards and 8 Ways to Use Them
Gathering Prayer Requests
Prayer: Direct vs. Bless
8 Prayers for Your Team (Free Printable)
Prayer Tip: Partner Up

Previous Post: « Who is God asking your women’s ministry to adopt?
Next Post: A Few of My Favorite Things Icebreaker (Free Printable) »