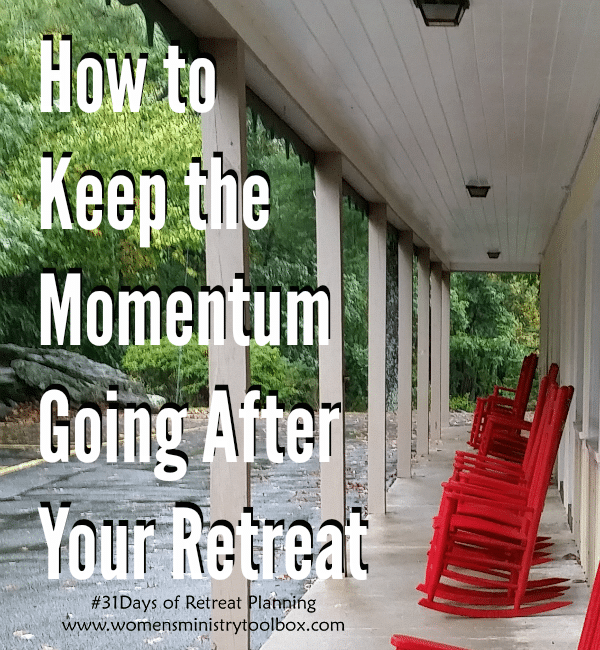 A neat thing happened after our retreat this year.

Quite by accident we were able to keep some of our retreat momentum going.

I had taken a lot of photos at the retreat (with the intention of sharing many of them with you).

I realized after we returned that we didn’t have a way for our ladies to share their photos easily with each other.

So I quickly put together a closed Facebook group for our women’s ministry. I invited all of the women I knew that had been at the retreat. I uploaded the photos I had taken and invited others to do the same.

I had no idea that they would enjoy seeing the photos so much! Many went through a commented on several of the photos. There were lots of “likes”.

Some of our gals added their own pics. 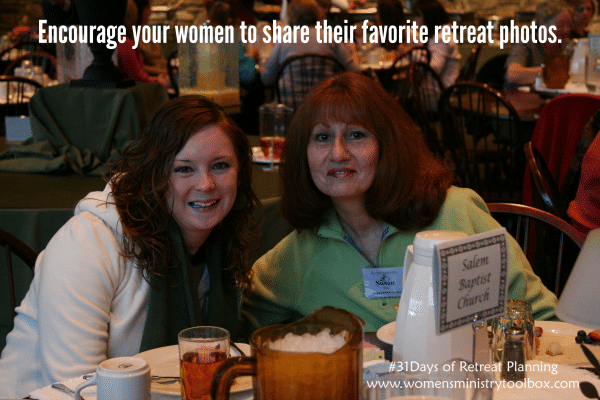 For well over a week we were reminiscing and holding onto the spiritual high we had experienced.

Our gals were posting and challenging one another to apply lessons we had learned.

Another shared that our theme song had played on the radio while she was driving to work.

Ya’all it was so sweet.

We may not have been together any more in person, but we were able to bond and extend our retreat experience.

Here are a few other ideas for extending your retreat experience:

Now I know not all of your women were able to or chose to attend the event.

However, when they get a glimpse of what they missed, they may be more likely to attend the next time.

You also want to be careful not to “rub their nose in it”. Some of your women had very serious reasons for not attending and you don’t want to make anyone feel bad for missing the retreat.

One more note: Even today at lunch, over one month later, we were talking about some of our favorite retreat photos – a moment of complete worship that had been captured on film… It doesn’t have to end at your retreat…

What other ideas do you have for keeping the momentum going after your retreat has ended?